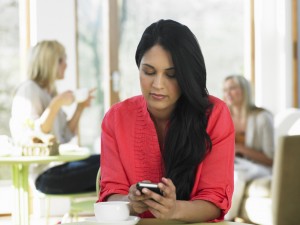 A post from @rosiehopes, who manages mindwavesnews.com: a mental health citizen journalism project run in partnership by Third Sector Lab and NHS Greater Glasgow and Clyde

There are few things that take more courage than admitting publicly that you feel suicidal.

Imagine picking up your phone, writing and re-working a tweet over and over again and then pressing tweet to announce to your followers that you can’t cope. And then imagine… nothing.

It’s nothing personal. It’s probably just that your closest online friends were busy at the time you sent it. Maybe they were in bed, or in a meeting. Maybe their feeds were too full of cat videos or the latest breaking news. Maybe a few people saw it, but thought someone else would respond. But imagine how that would feel. Imagine what could happen next.

The @samaritans have launched a new app that notifies you when someone you follow tweets statements that could suggest they are suicidal. The Samaritans Radar sends an alert when someone says things like “tired of being alone”, “hate myself”, “depressed”, “help me” and “need someone to talk to” in a public tweet.

It’s a clever charity use of technology that goes beyond fundraising and “raising awareness”. This is about the Samaritans achieving one of their key objectives by putting the power to address suicidal thoughts in the hands of individuals and networks.

Of course, the system won’t be perfect. We’re just as likely to get an alert when someone says they want to die of embarrassment as when they express suicidal thoughts. But that’s okay. I don’t think anyone is looking for an algorithm to replace human relationships. It’s up to us to assess whether it’s something to worry about.

I have often responded when someone has expressed these thoughts online. If it’s someone I don’t know, or I’ve been using a work account, I send a fairly generic tweet with phone numbers for the Samaritans and Breathing Space. If it’s someone I know, I’ll send a private message to let them know I’m concerned.

I don’t know if it’s made a difference. But when it comes down to it, it’s just been luck that I’ve been online when it’s happened. The thought that someone would be shouting into the void and hear nothing back is terrifying.

It is so good to see a charity like Samaritans using technology in a positive way to provide a real solution to a real problem. This puts the power to make a difference right into people’s hands.

The app is free and you can download and activate it here.