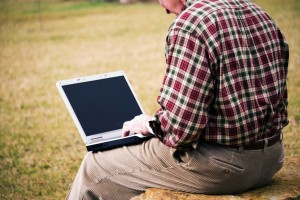 I’ve been thinking a lot about digital inclusion for various reasons, so  I thought it would be worthwhile sharing some of my research. So here’s my eleven essential digital inclusion resources and research papers. There’s a definite Scottish focus to these and it’s worth noting they’re in no particular order:

1. Spreading the benefits of digital participation | The Royal Society of Edinburgh
Launched today, this report outlines findings and recommendations on how barriers to digital inclusion can be overcome so that everyone in Scotland can benefit from the digital revolution. The research considers in depth questions on the responsibilities of a digital society.

2. Digital Participation: A National Framework for Local Action | The Scottish Government
This document sets out the Government’s plans to build upon the progress being made in developing world class digital connectivity. Section 6 will be of particular interest to third sector professionals.

3. Cultures of the internet | Oxford Internet Surveys
78% of the UK population said that they use the Internet. Does this large proportion of Internet users in Britain herald the rise of a common Internet culture, or are beliefs and attitudes about the Internet as diverse as opinions can be across the general population?

5. Get IT together case studies | Citizens Online
Tons of useful case studies from digital inclusion projects across the UK. Scroll down the page for the Scottish examples.

8. Offline and left behind | Citizens Advice Scotland
Only half of CAB clients have an internet connection at home. 36% of respondents said they never used the internet and a further 11% said they hardly ever used it. Does a digital by default approach to welfare benefits could exclude some of the most vulnerable and marginalised members of society from accessing the very services they rely upon?

9. Wealth of the web: Broadening horizons online | Age UK
The report looks at the obstacles to older people being online, which range from lack of interest to financial cost and lack of training and support as well as the drivers behind getting older people online which include family support and specific interests and hobbies. It’s London-focused but incredibly useful for those of you working with older people.

Any essential reports or resources I’ve missed? Leave the url in the comments below.